The original draft of the “WINGS” image was Hermann Hesse’s “Demian”.

In the music video for “WINGS”, a passage from Hermann Hesse’s “Demian” was read aloud in the voice of leader RM at the beginning of the song. The image is linked to the story of “Demian”, and the bird and apple to appear impressively in the whole story. The hero of the novel, Emil Sinclair, lied that he stole an apple in an attempt to make himself look bigger, after which he was threatened by a bad boy. The doctrine commandment that a small lie entails a great danger is duplicated with the image of the MV.

There is an expression in “Demian” that “when a chick is about to come out of an egg”, but J-Hope expresses the appearance of a young man struggling without breaking the shell with a wonderful dance.

BTS loves ARMY (BTS fans) and always says BTS is with ARMY. They know how vulnerable and near-death lone teens are.

The dark world and the bright world can be easily reversed at any time like a parallel world. .. BTS warns her troubled teens.  (I think the starting point was certainly teens. Now it’s a troubled world …)

The theme of Hesse’s “Demian”, the original draft of “WINGS”, was “Return to yourself and find your way” The “WINGS” series also had scenes that reminded me of “I Need U” and images and the story became more and more mysterious.

The story development, which is like reading a poem and reading between lines, has produced a great many theories, which was also a popular secret. I think mainly European teens were reacting strongly.

And “NOT TODAY” was released as “WINGS Gaiden”

It was a powerful song called and a big performance with dozens of Kuroko. I think it was around this time that the popularity in the United States ignited.

“ANSWER” was very positive and mindful!

And when the original draft of the final chapter series “LOVE YOURSELF” was announced and I read it, I was shocked. This was the answer! The introduction “Into The Magic Shop” was a book that taught us very positive mindfulness.

The book is subtitled “The Magic That Opens the Door to Life Learned by Stanford University Neurosurgeons.” It was very moving content written about so-called mindfulness.

Believe in yourself, not abandoning your pride, even if you live with your fight against the school, home, and order! The book says that you can only decide your own life.

The meaning of BTS is to “stop the oppression and prejudice of teens and 20s and protect their music”, but of course, music is not only that but more important things too. BTS’s desire to live without losing sight of it is contained in it. And BTS says they’ll walk together.

There are many other great groups in K-POP. However, what makes me think that it is only BTS is to stand up instead of staying there while understanding the loneliness and rebellious spirit of teens expressed in the many MVs with big stories! I think it’s because their brightness and kindness that push their shoulders create an unprecedented world.

There were many anarchy groups and songs that rebelled against society and order. But they all end up in rebellion, raising issues and crying … BTS never gives up.

Magic that opens the door to life

And, “Into The Magic Shop”, which became the basis of the image of “LOVE YOURSELF”, shows how the brain and heart relate and resonate, and bring about a change in life through the life of a brain surgeon at Stanford University. In the form of “magic that opens the door to life,” the book teaches us how to apply that magic very kindly.

This book teaches that human beings can be absolute if they affirm everything and strongly imagine what they want to be.

・ No matter how difficult the environment is or how disappointed you are, don’t lose. Even if you lose tomorrow, today is not the day to lose. (From “NOT TODAY”)

・ Go back to yourself and find your way. (From “Demian”)

・ The environment does not make people unhappy, but their hearts make them unhappy. (From “Into The Magic Shop”)

・ The future of dreams will come true if you have a strong image. It starts with loving yourself. (From “Into The Magic Shop”)

So let’s walk together without losing!

That is the message of BTS. 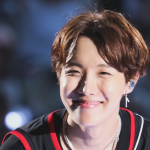 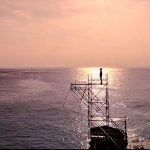 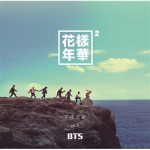